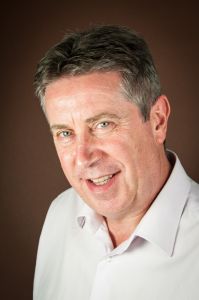 Jeff is based in Cambridge and Bangkok and has over 25 years’ international experience in the field of Sustainability and Low Carbon Development.

Jeff Chairs the Asia Group at Cambridge Cleantech and developed the Cleantech Futures Programme showcasing green technology and sustainability in conjunction with the University of Cambridge, Innovate UK, NGOs and industry and includes participants from Europe, Asia, North and South America and Africa.

Jeff is a promoter and advocate of Leadership and Entrepreneurship and developed and moderated a series of seminars with Sir Paul Judge and a series with Sir David Tang which were held at the British Library (London), St James’s Palace (London) and the China Club (Beijing) in conjunction with the Foreign & Commonwealth Office, the British Council, the British Embassy (Beijing), Chinese State TV and the BBC and achieved an estimated audience of 1 billion people.

Jeff has had numerous reports published, has chaired sessions at and with the UN and has briefed world leaders on the formulation and communication of policy relating to sustainable development (including environmental management, intelligent transport and smart cities) and social responsibility.