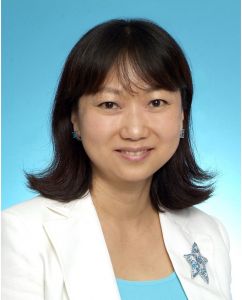 Diana Chou is the first woman to sell private jets in Asia and has shaped the development of this industry for over 18 years.

Apart from founding private jet sales business Sino Private Aviation (SPAL) in 1999, she pioneered the sales of helicopters in China through her company Aerochine Aviation, which in November 2014 signed an MoU with the Ningbo International Airport and Logistic Administration Committee in establishing the region’s first world-class rotary wing MRO facility at China’s Ningbo International Airport, expanding the company’s operations from helicopter sales to maintenance service slated to be operational by 2015.

In 2014 and 2015, SPAL and Aerochine were awarded the “Best Agent of the Year” and “Best Dealer of the Year” respectively, by U-Jet Magazine.

Of great importance to Ms Chou is a deep sense of social responsibility. Her companies support UNICEF’s “28 days to save a child’s life” fundraising campaign. Additionally, Aerochine has undertaken a scholarship program for pilots and an internship program with Hong Kong’s VTC for mechanics.

Diana Chou is a founding member and have recently been honoured Executive Committee Member of Asian Business Aviation Association (AsBAA), and awarded “Leader of the Woman of the Year 2015”; a Member of Ningbo Provincial Committee of the Chinese People’s Political Consultative Conference; a Board Member of The General Association of Zhejiang Entrepreneurs; a Council Member of The Better HK Foundation. She currently holds office as Vice Chairman of Ningbo & Hong Kong Fraternity Association; Director of the Pacific Basin Economic Council (PBEC) and Vice Chairman of the Board of HK & Mainland International Investment Society (HKMIIS). She is also a Director of General Aviation Council since 2014.In 2010 and 2012 she was awarded Women Entrepreneur of the Year by All China Women’s Federation. In 2013 The Canadian Chartered Institute of Business Administration recognized Ms Chou by awarding her a Fellowship and designated her as Charter Manager.