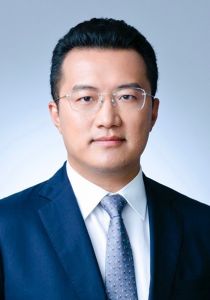 Mr. Victor Ai is the Chief Marketing Officer of DL Holdings Group (1709. HK) and Co-chairman of DL Holdings (China). He has more than 15 years of experience in the business management, capital investments, mergers and acquisitions, public and investor relations and international media. He is the representative of DL Holdings Group at PBEC and an active participant in PBEC and APEC’s activities.

From 2017 to 2020, Mr. Ai served as the chairman and executive director of Sino Vision Worldwide Holdings Limited (8086.HK). Prior to joining Sino Vision, Mr. Ai was the co-chairman and managing director of DL Family Office (China) and was responsible for the company’s business development in mainland China.

Prior to this, Mr. Ai worked at China Central Television (CCTV) from 2005 to 2015 as a foreign language anchor, producer and chief reporter. He has won many national awards and recognitions and is proficient in Chinese, English and Spanish. Mr. Ai is an expert in media communication, cooperation between government and enterprises. He is the Vice-president of the Latin American Branch of the Western Returned Scholars Association of China; Deputy Director of Federation of Hong Kong Jiangsu Youth; Invited researcher at the China Institute of Fudan University; and Visiting professor at Wuhan Institute of Design and Sciences.