It operates under the Southern Naval Command of the Indian Navy, and has the longest military runway in Asia.

Commodore R Vinod Kumar handed over the command of the Indian Naval Air Station Rajali, based at Arakkonam, TamilNadu  to Commodore Kapil Mehta. Commodore Kapil Mehta, is an alumnus of the INA, Goa, DSSC, Wellington,  NWC, Goa and NDC, New Delhi. Commodore Kapil Mehta was commissioned into the Navy on 01 Jan 1995. He is a naval rotary-wing pilot, qualified on both French Alouette and British Westland Sea-King Helicopters. He is also a qualified flight instructor. He has over 2200 hours of flying experience. His important afloat appointments include Executive Officer of frigate INS Trishul and missile vessel INS Vinash; and Commanding Officer of the indigenous stealth frigate INS Shivalik. 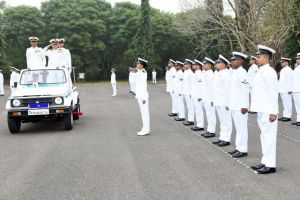 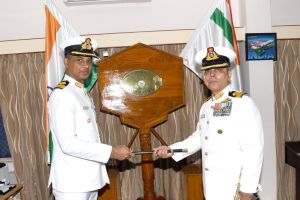