Prospects for the global economy have darkened since the outbreak of war in Ukraine on 24 February, prompting WTO economists to reassess their projections for world trade over the next two years.

The organization now expects merchandise trade volume growth of 3.0% in 2022 — down from its previous forecast of 4.7% — and 3.4% in 2023, but these estimates are less certain than usual due to the fluid nature of the conflict (Table 1).

The most immediate economic impact of the crisis has been a sharp rise in commodity prices. Despite their small shares in world trade and output, Russia and Ukraine are key suppliers of essential goods including food, energy, and fertilizers, supplies of which are now threatened by the war. Grain shipments through Black Sea ports have already been halted, with potentially dire consequences for food security in poor countries.

The war is not the only factor weighing on world trade at the moment. Lockdowns in China to prevent the spread of COVID-19 are again disrupting seaborne trade at a time when supply chain pressures appeared to be easing. This could lead to renewed shortages of manufacturing inputs and higher inflation. 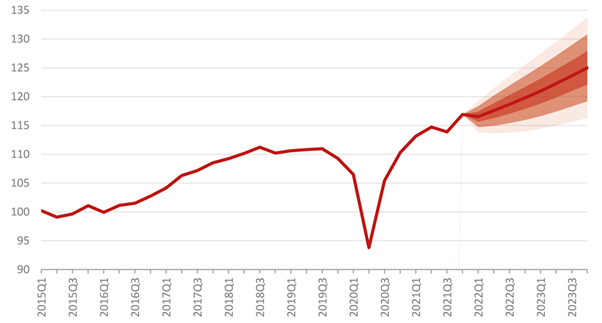 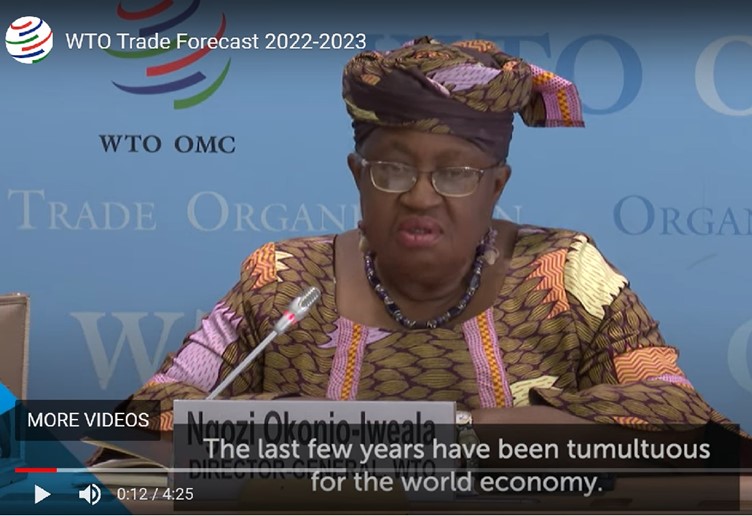