China is trialing a Central Bank Digital Currency (CBDC) and the digital Yuan could displace physical cash over the next few years. This gives enormous power to the Chinese state and the trade implications are significant 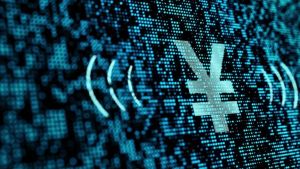 China is leading the way with the digital Yuan

China is leading the way among large economies in trialing Central Bank Digital Currency (CBDC). Its official name is Digital Currency Electronic Payment (DCEP). The digital Yuan, unlike Bitcoin and other private currencies, will be legal tender. Initially at least, it will be issued via Chinese commercial banks.

This could mark a change in the international monetary system

The Chinese trial of a CBDC comes at a time when the existing international monetary system is being questioned. To some, the Dollar Standard is seen as increasingly anachronistic in a world where the US no longer dominates the global economy and trade. Changes in the global monetary system have often been associated with shifts in the balance of power, changes in trading patterns and financial innovation. It is hard, therefore, not to view the potential for CBDC through the prism of renewed great power rivalry, China’s rise in regional economic dominance and its very significant role in the global trading system.

This paper offers an introductory look at the digital Yuan and CBDC generally with a view to assessing the possibility that such an innovation may change the way we look at money, identifying the efficiencies it may bring and forecasting the implications for the financial system and trade generally.