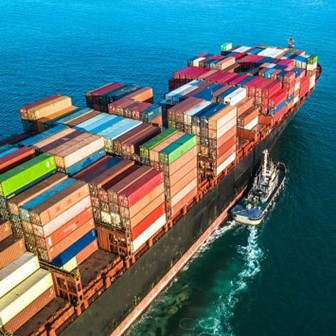 Loctek will purchase its own 1,800 TEU container vessel for $32.6 million

Not many companies own their own cargo ships if their primary business isn’t logistics. Oil and gas giant Shell is one of the few that has ships of its own; the mining giant Glencore is another. But none of that has deterred Ningbo-based furniture maker Loctek from taking the plunge. According to a company statement, it has become so frustrated by the container shipping crunch that is has ordered a $32.6 million vessel to get its goods to America. Loctek will take possession of the new 1,800-TEU ship (with capacity for 1,800 twenty-foot containers) next March.

Sales of Loctek’s adjustable work stations, ergonomic chairs and desk bikes have been soaring as employees demand healthier spaces in which to work – be it in the office or at home. Yet like many Chinese manufacturers it has been struggling to get its goods to the American market because of the “Great Supply Chain Crisis” or “Containergeddon”.

Ports in the US – still China’s largest export market – are experiencing record backlogs due to worker shortages, creaking infrastructure, extreme weather and massive swings in shipping volumes over the period of the pandemic (at first retailers cancelled orders thinking that lockdowns would stymie spending, then demand soared as people refocused on home improvement and shopping online instead of spending on holidays, dining out and other entertainment). Dozens of ships are currently having to queue for weeks on end to berth at America’s busiest ports in Los Angeles and Long Beach. Ships stuck at anchor means a shortage of capacity heading back to reload in China and a surge in shipping costs – hence Loctek’s decision to buy a vessel of its own.

“Due to the constraints of international logistics, turnaround time is slow, resulting in a long stocking cycle for cross-border e-commerce, high capital costs and low inventory turnover. Ship owning is actually an extension of our overseas warehouse business, accelerating the flow of goods to sea and working capital,” Loctek chairman Xiang Lehong told analysts.

Loctek said it would set up a subsidiary in Singapore to manage its container vessel – made by Huanghai Shipbuilding in Shandong – and that a third-party would be hired to crew it. Xiang says the vessel, which he has described as a “fast ship”, will be able to make 10 return journeys to the west coast of America every year.

Loctek estimates that by filling each voyage to about 80% capacity, each container will cost around $2,500 to transport, compared to the current $10,000 to send a twenty-foot container from Ningbo. Shipping supports the movement of at least 90% of goods around the world and the cost of transporting items by sea has risen more than 200% on many routes over the last year. But some dismissed Loctek’s move as “rash”, claiming that “containergeddon” will pass before the company sees the full benefits of its new strategy. They also pointed out that securing shipment slots is only part of the problem – and that delays at overcrowded ports will still be a major challenge.

Loctek reckons it can get round that issue by sailing to the less busy port of San Francisco – where it operates its own bonded warehouse—rather than Los Angeles. Loctek isn’t the only company to opt for a drastic response to the ongoing disruption in the container trade. Retailers Walmart, Costco, Target, Home Depot and IKEA have all chartered their own vessels to keep their goods supply flowing.