Why do people choose to set up asset holding structures for their personal wealth? 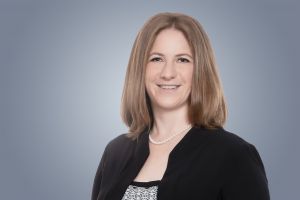 At first glance it may seem strange that many high net worth, and even more ultra-high net worth, individuals and families choose to own their personal wealth through asset holding structures.  After all, wouldn’t it be simpler to own the assets directly, retaining direct legal and administrative control?  In this article, Joanna Caen, Managing Director and Novia Lu, Senior Business Development Manager of PraxisIFM (Hong Kong) Limited, a private client, corporate and fund services provider, explain some of the most common reasons why structures are popular.

Joanna is a qualified solicitor in New Zealand and Hong Kong. She practiced for 13 years and was previously a partner for international law firm Herbert Smith Freehills.

Succession planning: this catchall phrase is often used as a reason for asset planning, but what does it actually mean?  Essentially, succession planning is the process by which control of assets is passed between generations in an orderly and controlled manner.  For example, imagine you own 40% of the shares in a listed company.  You control those shares, decide how to vote them, when to sell them, etc.  You may want to get your children involved in managing those shares in preparation for the day when they will be the main wealth owning generation in your family, but how to do it?  You could start by giving them small parcels of the shares, say 5% each, but that could spook markets.  Other shareholders (especially institutional shareholders) may then become concerned that the reliable block of shares, which would always vote as a block, may no longer do so.  What if your children fall out with each other?  What if one of them chooses to mount litigation against you and the company?  (Unfortunately we have seen this happen.)  If the shares are held by a structure, a family trust say, then you can work with the trustee to involve your children in more decisions about the shares, but behind the scenes and while the block remains a coherent block.  Your children then gain knowledge and experience of managing the shares, but control remains unified.

Probate minimization: not all countries have a US/English style probate process, but most have some process by which the heirs have to gain recognition of their legal succession rights.  This leads to two main problems.  First, applications for recognition of rights must be made in every jurisdiction in which the deceased held assets.  This can lead to complex and expensive estate administration processes.  We have been involved in cases in which it took six or seven years to obtain probate in every relevant jurisdiction because of delays obtaining the right documents, getting them translated and formally recognized, getting court hearing dates, etc.  In the meantime, the heirs are left waiting for the assets to be distributed to them and the assets themselves remain in legal limbo, not able to be dealt with.  The second main problem is the issue of forced heirship.  Many countries, from European ones such as France to even Singapore for Muslims, recognize (and enforce) some kind of forced heirship.  This means that individuals have fewer rights about to whom they can leave their assets and in what proportion.  Having legal title to assets owned by trustees resolves both problems.  First, there is no need to make applications for probate, etc. because legal ownership of the assets has already passed from the original asset owner to the trustee.  This means the family can continue to have the assets managed on their behalf without any need to wait for court orders.  Second, when assets are held by a trustee it is up to the trustee to decide who should benefit from them.  The original owner of the assets can provide guidance to the trustee, through informal means such as letters expressing their wishes, or formal ones such as by nominating persons whose consent must be obtained before the trustee benefits someone.  In both cases, the original owner of the assets has flexibility about their wishes – letters can be updated and the persons whose consent must be obtained can be changed.  Some popular trust jurisdictions even have laws (so called firewall legislation) that seek to prevent heirs challenging trust arrangements if they breach forced heirship rules.  These laws say that even if someone believes their rights to assets under their domestic legal system have been breached, this is not enough to set aside the trust arrangements.

Confidentiality: the world is becoming more transparent, and secrecy (and even privacy, in some circles) has become a dirty word.  Despite this, there are still some ways of maintaining confidentiality about one’s affairs, at least as it concerns the general public.  Governments are insisting on more transparency and want to know who ultimate owns assets (the UBOs in the jargon).  However, many such records and registers of interests are, at least for the time being, not available to the public.  Additionally, even when those records are available to the public, applications can be made to prevent certain information being made public, for example on the grounds of safety.  You may recall that when the Panama Papers (a cache of documents seemingly illegally obtained from a Panamanian law firm) were first published it was revealed that Emma Watson, the British actress, was the ultimate owner of a property in London.  The legal owner on the title, which was the information available to anyone searching English land records, was an innocuously named company registered in the British Virgin Islands.  When asked why Ms Watson used this structure to own her residence, her publicist explained that it was purely for confidentiality reasons; Ms Watson was a young woman, living alone, who had been the victim of stalking.  She did not want the general public being able to find out where she lived.  The publicist denied that Ms Watson was engaged in any tax evasion or avoidance, and indeed there has not been any suggestion to the contrary.  Most governments now participate in some form of automatic exchange of information (known as FATCA or CRS) so they can confirm that their tax residents are paying all taxes due.  This includes beneficiaries, settlors and other persons who may owe tax.  Again, however, this information is kept confidential between governments and not disclosed to the general public.  Probate and similar processes are another time when information is potentially available to the public.  Many countries allow members of the public to search probate documents.  If assets never pass through the probate process, then highly confidential information (such as the identity of heirs), never becomes publicly available.