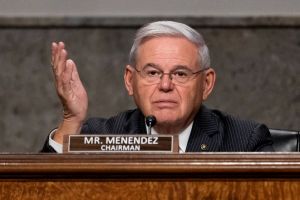 WASHINGTON – The U.S. Senate Committee on Foreign Relations on Friday called for pursuing through a forum of Pacific Rim economies the possibility of a digital trade agreement, amid concerns that the United States may be falling behind China in taking the lead in writing key trade rules in the region.

“We write to urge you to utilize and work with the Asia-Pacific Economic Cooperation (APEC) … to encourage strong outcomes” in the next leaders’ meeting, Democratic Sen. Robert Menendez, chairman of the committee, and Republican Sen. James Risch, the ranking member of the committee, said in a letter to Secretary of State Antony Blinken.

Among the priorities the administration of President Joe Biden should work on with other APEC peers, which include countries such as Japan and Australia, are promoting a “common set of technology standards, including the possibility of a digital trade agreement,” the two said.