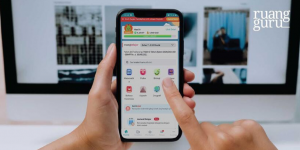 Property conglomerate Lippo Group, through a subsidiary, has invested around Rp 21 billion (US$1.46 million) in Ruangguru, acquiring a 3.38 percent stake in the education technology (edutech) start-up. In a letter to the Indonesia Stock Exchange (IDX), Lippo Group’s publicly listed subsidiary, PT Multipolar (MLPL), confirmed that it had a minority share at the edutech firm through an investment made by subsidiary company PT Nusa Jaya Cipta.

“The company [PT Multipolar] is not a controlling entity of Rungguru,” the letter, dated May 21, stated. “There is no one from the company who serves as key management at Ruangguru.” Lippo Group has shares in other companies namely digital wallet OVO, retail store Matahari and Nobu Bank. “For the next three to five years, Multipolar will transform its business portfolio to be more future oriented in the digital and technology segment,” Multipolar president director Agus Arismunandar said in a statement on Tuesday, as reported by Kompas.com.

The investment came after Ruangguru bagged $55 million in April during a funding round led by New York-based Tiger Global Management amid growing investor interest in nascent vertical startups such as edutech, health tech and groceries amid Indonesia’s mobility restrictions. A recent study by consultancy firm Bain & Company revealed that Southeast Asia-focused investors were looking to fund edutech in the next three to five years, showing confidence that the segment would grow well in the future.

This article was published in thejakartapost.com with the title “Lippo Group injects $1.5m in Ruangguru”. Click to read: https://www.thejakartapost.com/news/2021/05/31/lippo-group-injects-1-5m-in-ruangguru.html.