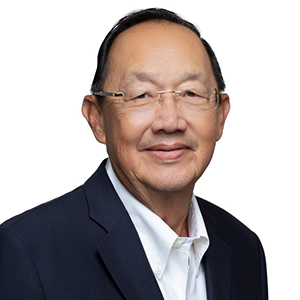 Mr. Luke is a member of the Board of Governors of the Pacific Forum CSIS (the Asia Pacific arm of the Center for Strategic and International Studies of Washington, D.C.) serves as a Trustee for the Foundation for the Asia Pacific Center for Security Studies, chairs the Pacific and Asian Affairs Council, and is a member of the Hawaii Business Roundtable. He is Chairman of the Sun Yat-Sen Hawaii Foundation and is a former Officerand Trustee of The Appraisal Foundation, an organization authorized by the U.S. Congress as the source of appraisal standards and appraisal qualifications.

In addition to his work in the financial community, Mr. Luke is also active in various aspects of real estate. He is a Director of the Land Use Research Foundation of Hawaii, a member of the National Association of Industrial and Office Parks, and a former Director of Hawaii Community Reinvestment Corporation, a non-profit consortium focused on increasing the supply of affordable housing to low and moderate income households in Hawaii. Mr. Luke is a member of Lambda Alpha International, an honorary land economics society.

Mr. Luke is a member of the Board of Trustees of Punahou School, a Trustee Emeritus of Babson College, and a member of the Asia Pacific Advisory Board of Harvard University’s Graduate School of Business, as well as Chairman of the Pacific Basin Economic Council (PBEC).

Mr. Luke is a graduate of Babson College, Massachusetts and holds an M.B.A. from Harvard University’s Graduate School of Business.