The Irish Passport is ranked the 2nd best passport in the world by entrepreneurs in latest survey, thats up 4 places from PBEC Corporate Member Henley and Partners 2020 Passport Annual Report 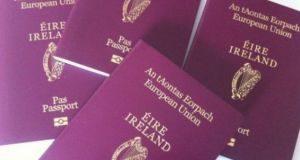 If you want to be a successful entrepreneur, you’d best grab an Irish passport.

A new study has ranked the Irish passport as the second best one in the world for business men and women. It shares the honours with Sweden while Luxembourg takes top spot.

The study is based on a ranking of 199 regions and considers factors such as visa-free travel, international taxation laws, global perception, dual citizenship, and personal freedom.

“Ireland offers one of Europe’s lowest corporate tax rates, yet its passport’s visa scores are among the highest. The country’s excellent reputation makes travelling as an Irish citizen generally hassle-free,” said Andrew Henderson, founder of Nomad Capitalist, which compiled the report.

The consulting firm assists clients with obtaining second passports and citizenships, moving and building wealth offshore, and legally lowering taxes, as they look to protect assets.

Rounding out the top ten regions in terms of the best passports are Switzerland, Belgium, Finland, Portugal, Singapore, the Czech Republic, and the Netherlands.

The countries at the tail-end of the list are Afghanistan, Iraq, Yemen, Syria and Eritrea.